Too often, the way evangelicals have talked about the end times has relegated the end times—to the end of time. But the Scripture asserts the end of the ages has come (1 Cor. 10:11, Heb. 9:26). It is sometimes suggested that evangelicals have been too focused on eschatology, the study of the end, but I think the opposite is true. Thus, the reason for this Eschatology and Ethics review.

An earlier generation focused on prophecy charts and discussions of the rapture, antichrist, tribulation and the millennium; but younger evangelicals seem to talk very little at all about eschatology. It is not uncommon for me to hear a young seminarian assert, “Well, eschatology is not all that important.” Eschatology and Ethics.

I think the problem with both groups is that they need to focus more on eschatology.

Tragically, in much of the popular talk about last things, Jesus is rarely a focal point. Jesus said that in his presence, “the kingdom of God was at hand” (Mark 1:15). The decisive time for God’s action of invading this present evil age with the glory of the age to come was at hand in the person of the seed born of woman—God’s own son, the anointed, incarnate, messianic king (Gen. 3:15, Matt. 12:28, Heb. 6:5). Eschatology and Ethics.

I would not say that theology is eschatology, but certainly I would say that all theology is eschatological. A beginning implies an end. No doctrine can be rightly understood apart from its eschatological dimension. Redemption in Christ was not God’s reactive response to man’s unforeseen fall into sin. Paul asserted that God “chose us in him before the foundation of the world” and that “he predestined us for adoption as sons through Jesus Christ, according to the purpose of his will” (Eph. 1:4-5), intended to “unite all things in him, things in heaven and things on earth.” (Eph. 1:10). It is clear from Paul’s argument that God’s creative activity in the very beginning was for Christological, eschatological purposes. Eschatology and Ethics. 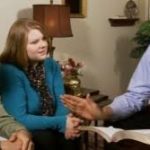 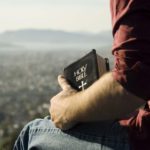